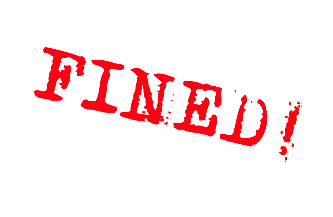 Sectional title schemes all have conduct rules that owners and other occupiers must obey. It makes sense that the sharing of space and facilities is regulated. The Sectional Titles Schemes Management Act (“the Act”) recognises this by specifying that schemes must be managed by means of rules and provides a set of prescribed rules for the purpose. The Act does not provide a mechanism for enforcing the rules, but the trustees may apply to the Community Schemes Ombud Service for an order that a particular behaviour is a nuisance and requiring the relevant person to act or refrain from acting in a particular way.

Schemes need a more direct and immediate way to enforce rules and fines could be the answer. However, the provision in the Act that the body corporate has the power to do all things reasonably necessary to enforce the rules is not enough. There must be a rule in place that allows the trustees to impose fines.

In order for the fining rule to be reasonable, the penalty must have a legitimate purpose and provide for due process. Taking enforcement steps to deal with transgressions requires that the owner or occupier who is affected by the decision must be notified in writing and given an opportunity to remedy the breach and to make representations at a trustee meeting.

The rule should also set out the amount of the fine for each example category of transgression. The trustees should suggest appropriate amounts for the initial and subsequent fines and the members should approve the amounts at the annual general meeting each year. The fine imposed must be a reasonable amount. This does not mean that the amount cannot be substantial but it must be proportionate to the purpose of the penalty.

The transgressor must be given sufficient information and adequate detail on the nature of the conduct as well as the specific sections of the Act or rules that were allegedly breached in order to defend themself against the complaint. The offender must be warned that if they persist with such conduct or contravention, a fine will be imposed. The amount of the fine should be set out in the warning notice, which should also include a reference to the rule allowing the fine to be imposed.

If the owner or occupier persists with the conduct, the trustees should send a second notice pointing out that the contravention is continuing or has been repeated and inviting the person to a trustee meeting at which the person can explain or defend their actions. The notice time of this meeting should be long enough for the person to prepare a defence.

At the meeting the transgressor must be allowed to state their side of the matter, call witnesses in their support and cross examine any witnesses the trustees might have to the transgression. The trustees should then discuss the evidence from both sides in the absence of the transgressor and witnesses, consider all the circumstances and make a final decision on whether or not to impose the fine.

Since the fine is imposed in terms of a scheme rule, the prescribed management rules allow the body corporate to add the amount to the member’s account, but it should be a separate line item. If the person being fined is a tenant or other occupier, the fine should be sent to them at the section they occupy.