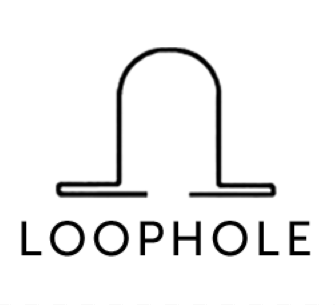 Most people think that passing a special resolution requires 75% of all owners to agree to the resolution.

If you’re not sure what the requirements actually are for properly passing a special resolution, I’ve explained them in detail here.

But moving on to the ‘loophole’…

The reality is that in schemes where there are no particular financial problems, attendance at general meetings tends to be poor. Prescribed management rule (PMR) 58 takes this eventuality into account and provides that,

“if within half-an-hour from the time appointed for a general meeting a quorum is not present, the meeting shall stand adjourned to the same day in the next week at the same place and time, and if at the adjourned meeting a quorum is not present within half-an-hour of the time appointed for the meeting, the owners present in person or by proxy and entitled to vote shall form a quorum.”

This means that if there is no quorum present on the originally scheduled date of the general meeting and if again one week later at the same time and place there is still no quorum – the persons present and entitled to vote at the second meeting will form a quorum and will be able to carry out the business of the meeting.

This seems sensible as the business of the meeting needs attention and may be neglected if decisions cannot be made because owners fail to attend meetings.

However on closer reading, this dilution of the quorum requirement is in fact rather alarming.

The reason being that when one looks at the definition of ‘special resolution’ in section 1 of the Act, it requires that such a resolution is passed by a majority of not less than three-fourths of the votes in value and number of the members of the body corporate personally or by proxy at a general meeting. This definition relates only to the number of persons who are actually present or represented at a general meeting and therefore in terms of PMR 58, special resolutions could be passed at a postponed general meeting where only very few owners are present, very much fewer that the 20 to 50 percent ordinarily required to form a quorum in terms of PMR 57.

Why is this so alarming? Is it really problematic that perhaps 3 out of 100 members of a body corporate could validly pass a special resolution in the absence of the other 97 owners?

On the one hand one can argue that the other owners have failed to exercise their democratic rights to attend the meeting, so they should not complain if decisions are made in their absence. On the other hand when one considers the importance of the decisions that can be authorized by special resolutions some might argue that  only a few owners should not be allowed to make these decisions. Special resolutions can authorize:

Clearly these important decisions were meant to be made by a substantial majority of owners in a scheme – that is why such items require the authority of a special resolution, normally implying a much higher level of consensus (75% in number and in value) than an ordinary general resolution (51% in either number or value). The fact that these decisions can be validly taken at an automatically postponed general meeting where there is no normal quorum is a glaring loophole in need of legislative attention.

What are your thoughts on this loophole – good, bad, ugly? Share with us by commenting below…